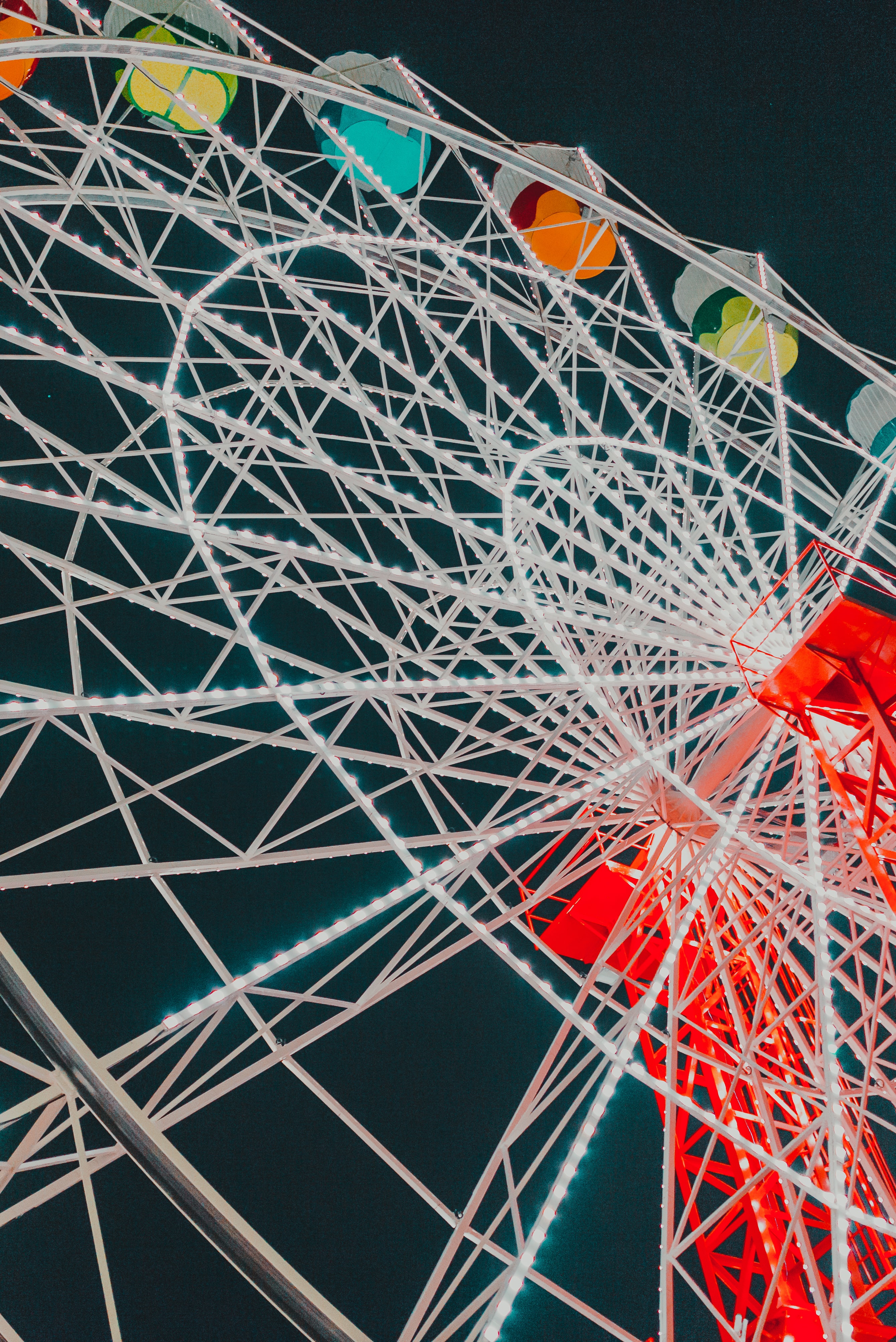 Why Have Equities Rallied so Much?

Between the 23rd of March and the 8th of June US equities rose 43%, a massive rally. It is not often after this sort of rally that market participants are left scratching their heads in confusion. Consider this context. We are in the middle of the largest economic contraction since the great depression. There is a global pandemic, which, while seemingly under control in Europe, appears to be spreading uncontrollably in many developing markets and never went away in the US. Geopolitical tensions between the US and China are again escalating. The largest global protest movement since the 1960s shows no signs of easing without meaningful policy change. Markets have corrected meaningfully in the past week, as investors redeveloped an appreciation for the issues above. However, they remain well above their trough.

Despite recent volatility, we think the chances of re-entering a bear market are low. For the most part, the rally has been sensible and reflects the following:

While economic data and earnings expectations for the middle of 2020 have been generally horrendous, the picture improves materially the further out your investment horizon shifts. Markets reflect investors’ best estimation of discounted future cash flows and every day that passes is a day closer to that future. Through May and June, we have seen a progressive relaxation of government induced lockdowns across many countries.

The figure to the right shows the change to social distancing restrictions in the two weeks to late May 2020 based on Google mobility data and compiled by Citi. There has been a meaningful relaxation across most economies.

The figures below this show our Asian and US Growth Barometers. These use statistical analysis to construct real time estimates of economic growth using high frequency data as it becomes available throughout the month.

There are a few key takeaways from these charts.

The Asian Growth Barometer is around two months ahead of the rest of the world in its growth timeline. These economies begun (and relaxed) social distancing restrictions before the rest of the world. Their collapse in economic activity was very quickly followed by a massive rebound in growth.

In the USA, while growth has yet to recover, the pace of decline in growth appears to have bottomed in April and it is not unreasonable to expect a similar path in activity as we have seen in Asia (though perhaps to a lesser extent given the USA has poorly managed its Covid-19 response, leading to structurally higher infections and deaths, which will impact business and consumer confidence).

Source: Drummond Capital Partners  Another data point we can rely on is jobless claims in the US. New jobless claims peaked in late March. Since then, continuing claims have also declined, implying that some of the people who were made unemployed have since been able to find work. Perhaps coincidently, though we think not, new jobless claims in the Financial Crisis peaked in the same month as the trough in the US equity market. An improving labour market (as represented by a decline in jobless claims) suggests a trough in growth has been reached. This data has subsequently been confirmed by broad US labour market data, which showed an increase in employment in the US in May and a decline in the unemployment rate.

The second derivative of growth matters a lot for markets which are trying to price outcomes in the future. As long as it looks as though growth is improving, it will be difficult for equities to re-enter an enduring bear market.

When we wrote previously about the conditions which would be necessary for us to increase equity exposure in the portfolios, we noted that we would want to see evidence that economies could re-open without a spike in new Covid-19 cases. As is usually the case with markets, the outcome wasn’t as clear as everyone would have liked. It appears as though the Asian and European countries which did a better job of containing the virus in the first place have been able to resume economic activity without a meaningful spike in new cases. However, the USA lifted lockdowns while confirmed cases were rising in many locations and as a result, new cases are growing again in many states.

Markets appear relatively complacent about prospects for renewed case growth in the USA and dramatic increases in infection rates in many developing countries. We think this reflects some progress on the potential treatment front, more information about the virus and the likely response to new outbreaks.

On the treatment front, while a silver bullet remains elusive, there has been some positive news which shows some medications can reduce the severity of the disease for those with milder symptoms. There is a market psychology aspect to this as well. Markets respond to good news. Treatment news is more likely to be good than bad (failures are rarely publicised) and even if it is not, there is always some other promising drug in the pipeline to focus on. There are more than 100 vaccine candidates in pre-clinical development and 10 in clinical trials[1].

On the research front, there has been some promising work around the transmission dynamics for Covid-19. This relates to the probability of transmission in certain environments[2] and the non-linearity of spread[3]. With respect to environmental transmission, long periods of interaction with infected adults in poorly ventilated indoor environments appears to be the most problematic. From an economic perspective, this implies many of the activities shutdown to prevent transmission can resume with low risk.

Another consideration for markets is the likely response to a renewed spike in cases, as is likely to be the case in the USA. There have now been numerous serological tests across the world which have confirmed the original estimates by epidemiologists of infection fatality rates (around 0.5% to 1.0%) and the presence of virus antibodies (showing quite low community transmission outside of notable hotspots). This data also confirms the mortality for people under 50 without underlying health conditions is negligible (though it remains a very severe disease). We think if cases spike again, the public health response will focus on isolating those most at risk (those above 70 years of age) and high-risk activities, rather than locking down activity completely. This suggests even with renewed case growth, we are unlikely to repeat the depression like levels in activity of March, April and May.

When valuing long term assets, their cash flows need to be discounted against something. While this economic shock has certainly reduced the expected path of the cash flows associated with almost every asset, this reduction is relatively short term. In the absence of a vaccine the world will still look different in two years’ time, but earnings will have probably recovered. The activities which are most dangerous are not really that important for economic growth. New activities which generate profits will have replaced them.

The story for interest rates, against which these cash flows are discounted, is a bit different. We expect interest rates globally to remain depressed for many years. More quantitative easing and higher government debt is a recipe for structurally low real interest rates, which prior to Covid-19 had only just started to normalise ten years after the Financial Crisis in a small handful of countries. So, while equities look expensive now relative to earnings from a historical perspective, relative to the asset which they are discounted against, valuations do not look as excessive.

If you don’t think bond yields will normalise (which we don’t) then it is unreasonable to expect equities to revert to historical multiples – which they never really averaged anyway. While you must increase the risk premium associated with equities due to reduced growth and heightened uncertainty (which we do), this effect is more than dominated by the lower expected real risk free interest rate.

We began adding corporate debt exposure in April at depressed valuations, and after increasing equity exposure in March we added to global equities (hedged) again in May. As a result of these changes, the portfolios’ equity exposure is marginally above neutral.

Based on the tone of the above, readers may wonder why we haven’t increased equity exposure further. Much of the improvement in the growth outlook is priced into the market. As a result, we expect more muted gains from here. Also, we expect new confirmed Covid-19 cases in the USA to begin rising again, reflecting the premature easing of restrictions in many states from late April. While we do not think there will be repeated large scale lockdowns, renewed fears about uncontrolled spread could see a continuation of last week’s market volatility.