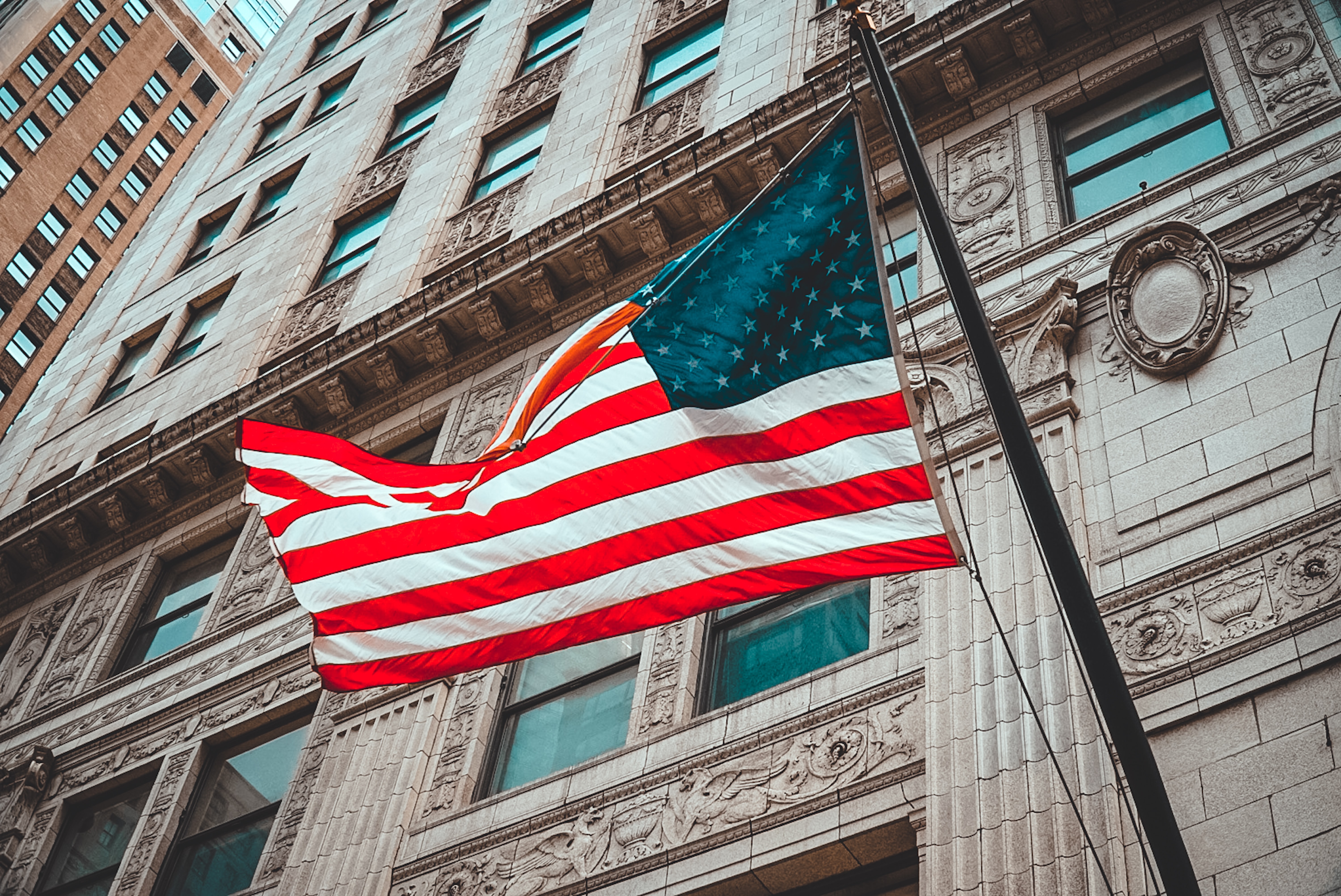 Almost all of the time, elections in rich, liberal democracies don’t really matter for markets. Especially over the longer term. Electors choose between a centre left and centre right party, sometimes throwing a few votes to fringe or alternative parties. For many decades there has been widespread consensus in policy making circles about how public policy should be developed. Central banks try and keep inflation low and stable. Governments try (and usually fail) to run balanced budgets through the cycle.

There are two reasons why we think this election could prove different. In the shorter term, there is some chance that the outcome of the election in the US could be contested. In the extreme, this could provoke increased civil unrest and some market weakness. Over the medium to longer term, this election could be seen as a key turning point in the consensus around the right public policy.

A Contested or Contingent Election

There are two primary outcomes which bear more consideration than normal this election:

This year, a Contingent Election seems more probable than normal (but still quite unlikely) due to tight races in specific states. In the event neither candidate achieves the required 270 Electoral College votes (or there is a tie), the House of Representatives elects a President and the Senate elects the Vice President. The Representatives and Senators vote en bloc, with 1 vote per state. Like many democracies, rural areas are overrepresented politically in the United States. As a result, there are more Republican states than Democratic states. In the event of a Contingent Election, Biden will have likely won the popular vote by a fairly wide margin, but the House of Representatives will probably re-elect Trump.

Prospects for a contested election in the US are rising as polls narrow. Republicans have been vocal in questioning the legitimacy of postal voting, highlighting prospects for voter fraud (though there is little evidence of this in practice). This challenge to postal voting is laying the groundwork for a challenge to the outcome of a vote if Trump’s initial lead on election night is taken away by postal votes, which can be counted in the days and weeks after the election. Recent polling suggests Democrats are nearly three times more likely to vote by mail than Republicans. These challenges could play out in three important states with close polls - Michigan, Pennsylvania and Wisconsin. Each has a Democrat Governor and Republican legislatures.

The 1887 Electoral Count Act makes the Governor of a state responsible for sending the outcome of a state’s popular vote to the President of the Senate in Washington DC, who is responsible for counting the national Electoral College votes. However, if the vote is close or irregularities are found, theoretically the state Legislature could also nominate a different outcome (perhaps ignoring the postal votes, potentially with an accompanying legal challenge to boost the validity of the claim) and send those results to the Senate President. The President of the Senate would then need to decide what to do about the conflicting tallies. The President of the Senate happens to be Mike Pence, the current Republican Vice President. Although it is a clear conflict of interest, in this instance Vice President Pence will be responsible for deciding whether to accept the votes of Democratic Governors or Republican legislatures, or to simply discard the disputed votes. This would clearly give Trump the upper hand if the outcome is contested.

It seems highly unlikely that Democrats would accept this outcome without challenge. If this occurs, it is likely that the Democrat led House of Representatives would withdraw from Pence’s vote counting process (which is supposed to be a joint session of Congress) in protest. In this instance, Pence is still likely to nominate Trump as the President Elect - just in the absence of the House of Representatives as a witness. However, the Democrats will likely argue that the process of electing the President and Vice President is incomplete given the absence of the House. If, by 20 January 2021 there is still a stalemate and no President Elect, Democrats will lean on the 1947 Presidential Succession Act, which mandates that the Speaker of the House (Nancy Pelosi - Democrat), becomes President until the deadlock is broken. In this scenario, we could move into 2021 with the Republicans claiming Trump is President and the Democrats claiming Pelosi is President.

If the election is contested, prospects for wide scale protest are high – particularly if it appears as though the Republicans have “stolen” the election with a “rigged” Pence count despite clearly losing the popular vote. However, even if the election result isn’t formally contested, both sides are seeding uncertainty within their supporters around prospects for a fraudulent election. This increases the likelihood that post the election, regardless of the outcome, some group will feel disenfranchised and take to the streets in protest. The US is familiar with civil unrest. Widespread demonstrations that sometimes turn violent have been commonplace for decades. A key question is whether this election will spark civil unrest of a greater magnitude, which could potentially impact the economy and markets.

We highlight that the above scenarios are extremely unlikely, but possible. In the latter scenario, most expect the Supreme Court will step in at some point to make a determination as to how Pence should treat any disputed votes. Regardless, there is a small chance that the US 2020 election is not resolved until weeks or months after November 3 and we expect equity markets to perform poorly if there is no clear winner. The consequences of an uncertain election outcome are heightened at the moment by the need for renewed fiscal stimulus and a coordinated approach to combatting Covid-19 in the US.

However, we think protracted market weakness is unlikely for two reasons:

Possible Election Outcomes and the Beginnings of a Policy Regime Change

At the very beginning of this note, we stated that normally elections don’t matter because there is a consensus around what is good public policy. After many years of sluggish economic growth and rising income inequality since the Financial Crisis, this consensus has fractured. There are now many prominent policy makers and economists calling for a re-writing of the rules. The most likely “rule change” within our investment horizon is the consensus that government deficits matter.

After many years of trying to be austere and repair budgets, stimulus measures in response to Covid-19 have exploded deficits. With real interest rates below zero, governments are being asked to extend stimulus and do more to support long term growth. Infrastructure plans are very popular. Universal basic income is widely spoken about. Consensus around monetary policy is also changing. Where independent central banks targeting low and stable inflation have been de rigueur since the 1980s, we expect them to be increasingly co-opted by governments – ensuring nominal interest rates remain low even as inflation and deficits rise.

Assuming there is a regime shift in policy, how it occurs will depend on the outcome of the election.

If there is a blue sweep, with Biden taking the Presidency and the Democrats claiming the Senate, we expect a quite rapid move towards economic reflation. Biden has nominated trillions of dollars’ worth of spending on infrastructure, education, climate change and health care. Although tax increases also form part of the plan, they are likely to focus on the wealthy and thus have a more limited impact on economic activity or tax revenues. In this scenario we would expect inflation to rise and equities to meaningfully outperform bonds. Value stocks should outperform growth. A key risk to this positive market outlook is the extent to which Biden adopts a punitive regulatory agenda. This would stymie growth, particularly in the small and medium business sector.

The Return of Trump

If Trump is re-elected, it is likely to be with a Republican Senate and Democrat House. Like Biden, we expect Trump to ignore the deficit and spend. However, this spending is more likely to be in the form of tax cuts than transfers. Thus, it should be less reflationary, though still beneficial for equities. Indeed, tax cuts to higher income earners will in large part be recycled into equities, as rich households have a higher propensity to save than spend. Prospects for anti-monopoly legislation (which is a key risk for big-tech) are lower under a Trump presidency, suggesting a lower likelihood of a rotation into value stocks. Although anti-China sentiment is bipartisan in the US, we expect Trump’s approach to China will be more inflammatory than Biden’s, suggesting periodic bouts of risk aversion depending on tariff and other announcements. Biden is more likely to extract concessions from China in the background.

The third scenario, which is the most likely if polls continue to narrow, is that Biden is elected, but the Republicans hold on to the Senate. In this scenario, we expect much of Biden’s spending plans will be held back by the Republican Senate, who will re-discover their love of fiscal austerity when it is the opposition party trying to spend. This Presidency could resemble the later Obama years, where spending concessions are extracted to prevent government shutdowns and raise the debt ceiling. The post Financial Crisis experience demonstrates that fiscal austerity unduly weakens economic growth. We would expect very low inflation, continued zero interest rates and relatively subdued equity market performance in this scenario. In a low growth world, value continues to underperform growth stocks.

Following the stellar run in technology stocks in August, we reduced exposure to a concentrated growth manager at the beginning of September. Since then the portfolios have been underweight growth assets. We expect we will re-allocate that capital into other opportunities in the near future however remain cautious with respect to overall equity market exposure in the lead up to the election given the uncertainty outlined above.

Over a medium term horizon, we think equities will outperform defensive assets, driven by incredibly easy monetary policy, prospects for meaningful fiscal spending and our ability to adapt to the reality that Covid is now endemic to our world (with or without a vaccine). A smooth election could see us adopt a structural overweight to growth assets if it sparks a period of reflationary growth.

[1] For a more detailed and entertaining exposition, see the following: https://lawecommons.luc.edu/cgi/viewcontent.cgi?article=2719&amp;context=luclj