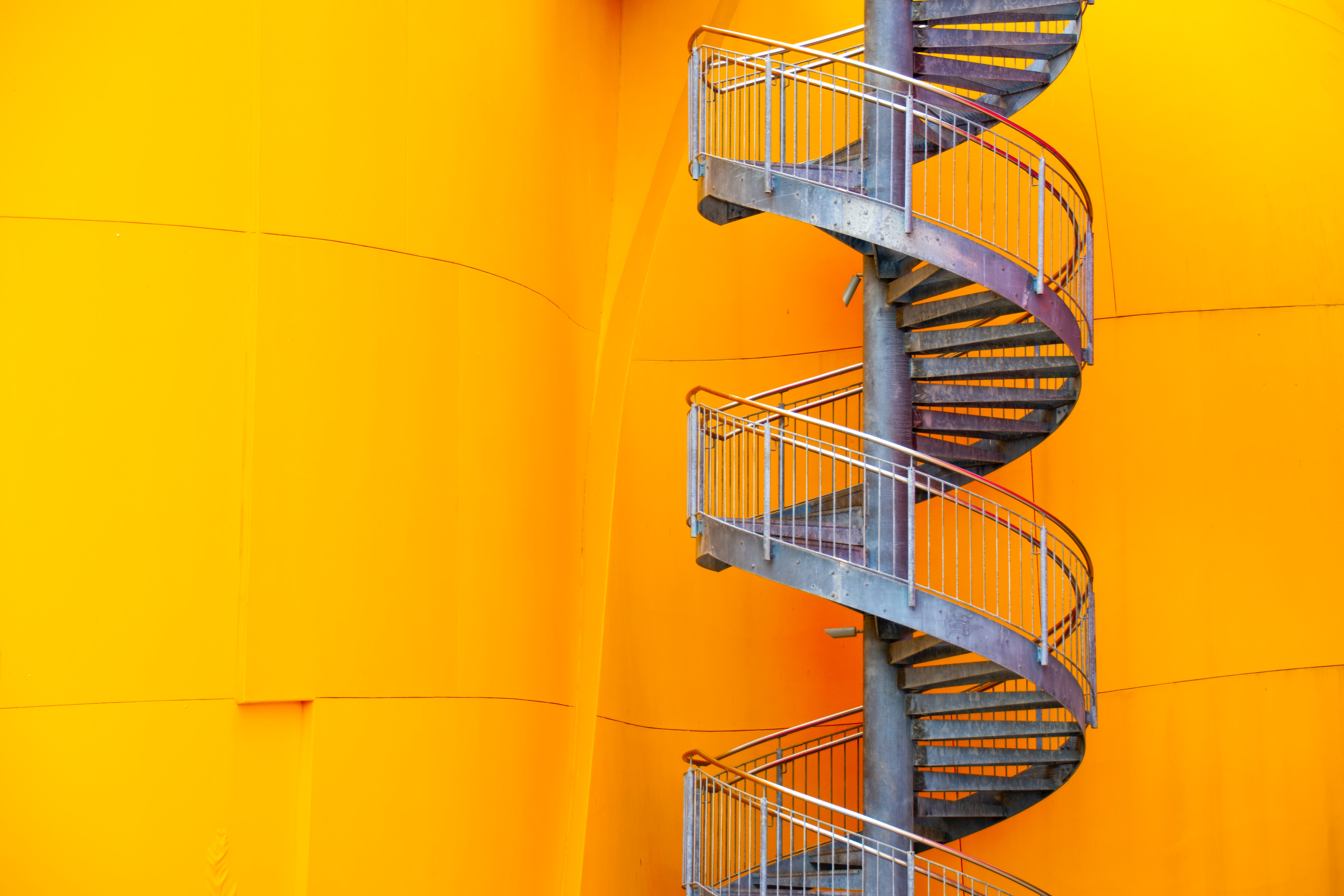 The backbone of modern portfolio construction, a 70/30 growth portfolio, made up of 70% equities and 30% bonds, has served investment managers well for decades. Particularly since the mid-1980s, these portfolios have benefited from declining inflation, which has driven down bond yields, increasing the price of bonds (and other asset classes as well, including equities).

This note introduces the question of whether markets are about to reverse this multi decade trend. We think this will be a key issue for markets in the years ahead and will form a substantial portion of the research we will undertake in this year’s strategic asset allocation (SAA) review. Unfortunately, we are not yet in a position to answer definitively one way or another. The risk of a break-out in inflation seems higher than it has been in a decade. However, there are reasons to be sceptical, not least of which is the empirical experience of the past decades. Below, we present the case for and against higher inflation and outline how we are positioning our portfolios.

The case for higher inflation

So, what could drive a shift into a higher inflation regime? The key factor would be a change to the way central banks and governments think about economic policy. After the high inflation period of the 1970s and 1980s, the case was well made that central banks should aim for low and stable inflation and governments should try and balance their budget over the cycle. While governments have generally failed in their objective, central banks have been successful.

Recently, there have been two key developments which suggest a change in policy could be on the cards.

1. Deficits don’t matter: Governments of all stripes seem less concerned with repairing fiscal deficits than they were following the financial crisis. While running large deficits make sense following recessions while the unemployment rate is high, the emergence of Modern Monetary Theory and rise of political populism more broadly mean governments are less likely to pull back on the reins this time around.

2. Changes to inflation targets: In late 2019, following a review of its policy framework, the Federal Reserve adopted an average inflation target. Where previously they were implicitly targeting inflation at or below 2%, they now aim to achieve an average 2% inflation over time. Mathematically, this means inflation should be higher going forward than it has been in the past to make up for the previous years below target. It also gives the Fed cover to let inflation run hot for some time following economic downturns.

Both of these developments are relatively minor – but they represent an important first step in what could be a meaningful policy shift in the years to come. Many argue (probably correctly) that central banks should target higher inflation so that real interest rates can be made more negative when nominal rates are bound around zero, which would help stimulate the economy in a downturn. Once you have changed something once, it is easier to change it again. Freed from a meaningful fiscal constraint, and with the implied backing from central banks (who need to keep rates low to ensure economic growth in an over-indebted world) politicians could be tempted to spend their way to victory every election cycle.

A period of higher inflation, if accompanied by reasonable growth and some fiscal repression (artificially low interest rates) would also help governments and households to bring their debts under control. Of course, this would be a bad outcome for savers and holders of bonds who would see the real value of their wealth diminish in such an environment.

There are a few non-policy related candidates for a period of higher inflation in addition to the above. The below are all hypothetical but may have an impact in the decade ahead:

• If China manages to transition to a services led economy they will move from a global deflationary force (massive over investment in manufacturing capacity has created excess production of many goods, which then flood global markets at below production cost prices) to a global inflationary force. This could shift global inflation dynamics significantly, but will likely happen at a glacial pace, if at all.

• If governments commit to moving towards a green economy, the price of energy will have to rise. Some combination of capital spending, green subsidies or carbon taxes will be required for the transition. If there is no commitment to a green transition, climate change could break supply chain linkages, which would also contribute to higher inflation.

• Demographics could also be inflationary. The baby boomer generation has spent the past few decades saving for retirement, which has suppressed global demand as they forgo consumption. As the last of this cohort enters retirement, these savings will be spent, having the opposite effect.

The case for no inflation

The case for no inflation is relatively easy to make. There hasn’t been any real inflation in developed market economies for the past two and a half decades. Abstracting from tax increases, major central banks have persistently delivered inflation below their respective targets. Their track record has got worse since the Financial Crisis.

The key questions to ask is why this has been the case, and will it change in the future. There a few explanators for our low inflation outcomes:

• The global deflationary force of China’s economic development (noted above).

• Changes to the structure of labour and product markets from the 1980s and 1990s. Labour markets have become much more flexible and union membership has declined precipitously. As a result, the bargaining power of workers has fallen and wages are much lower than they otherwise would be. Reductions in import tariffs and de-regulation have also made product markets more flexible, lowering the cost of goods and services relative to a more constrained world. This could switch in the opposite direction with the election of anti-global, populist governments.

• The weightings of CPI baskets have changed towards less volatile, commodity price linked items. Since the 1980s, domestic CPI weightings to food, clothing and transport (highly sensitive to weather, currency moves and geopolitics) have fallen materially and the weight of services and housing (which are more stable) has increased substantially. This is unlikely to change.

• Economic growth has been weak, particularly post the Financial Crisis. Absent supply side shocks such as a spike in oil prices, strong growth is needed to generate high inflation. Substantial fiscal stimulus could reverse this trend.

Market pricing and the short-term outlook

There has been a little movement in terms of the market pricing a higher inflation regime, but we think there could be a long way to go. Breakeven yields (the market’s expectation of future inflation) have recovered since the Covid Recession to around normal levels. Fund flows into inflation friendly ETFs have also accelerated, but haven’t broken out. The price of gold is around 50% higher than in late 2018 but remains below the mid 2020 peak. The price of Bitcoin has exploded this year, but we think that has more to do with retail speculation than any legitimate inflation hedging.

A combination of supply disruptions related to Covid-19 lockdowns and a base effect driven as some of the March 2020 sharp falls in some CPI expenditure categories falling out of the calculations could see inflation spike higher this year, which could give a kick-start to markets pricing the more medium-term risks. However, a regime shift in inflation is more of a medium to longer term consideration.

Preparing for a regime change

Medium- and long-term considerations are best considered within the context of strategic asset allocation (SAA). Our 2021 SAA review will build on this note with more detailed research and come to a landing point about the probability of a regime shift in inflation.  If we do determine that it is a high probability scenario, it will create problems for portfolio construction. The charts below show normalised real returns by asset class by inflation regime. We have data going back to 1871 for US cash, bonds and equities and post 1968 for corporate bonds, gold, commodities and real estate.

The first chart shows particularly clearly that no assets perform in very high inflation environments (>10% inflation), with the potential exception of gold, which performs well when inflation is greater than 7% (no data exists for 10%+ inflation for gold). Real estate also performs well in high, but not extreme inflation environments. Interestingly, in above normal, but more contained inflation regimes (5%-7%), gold and real estate both perform poorly. This could of course reflect confounding factors (these data points were also associated with recessions and very high real interest rates). Surprisingly, commodities perform poorly in higher inflation regimes. However, digging into the data, this reflects a lead lag relationship. Commodity prices rise, then the inflation follows later. Commodity prices are subsequently hurt by the rising interest rates and recessions which the higher inflation delivered.  This suggests value in a tactical investment process.

What is clear from the above is that there are no “easy” asset allocation decisions. The sweet spot for major asset class real returns is low or declining inflation. A higher inflation regime will require a rethink of portfolio construction.