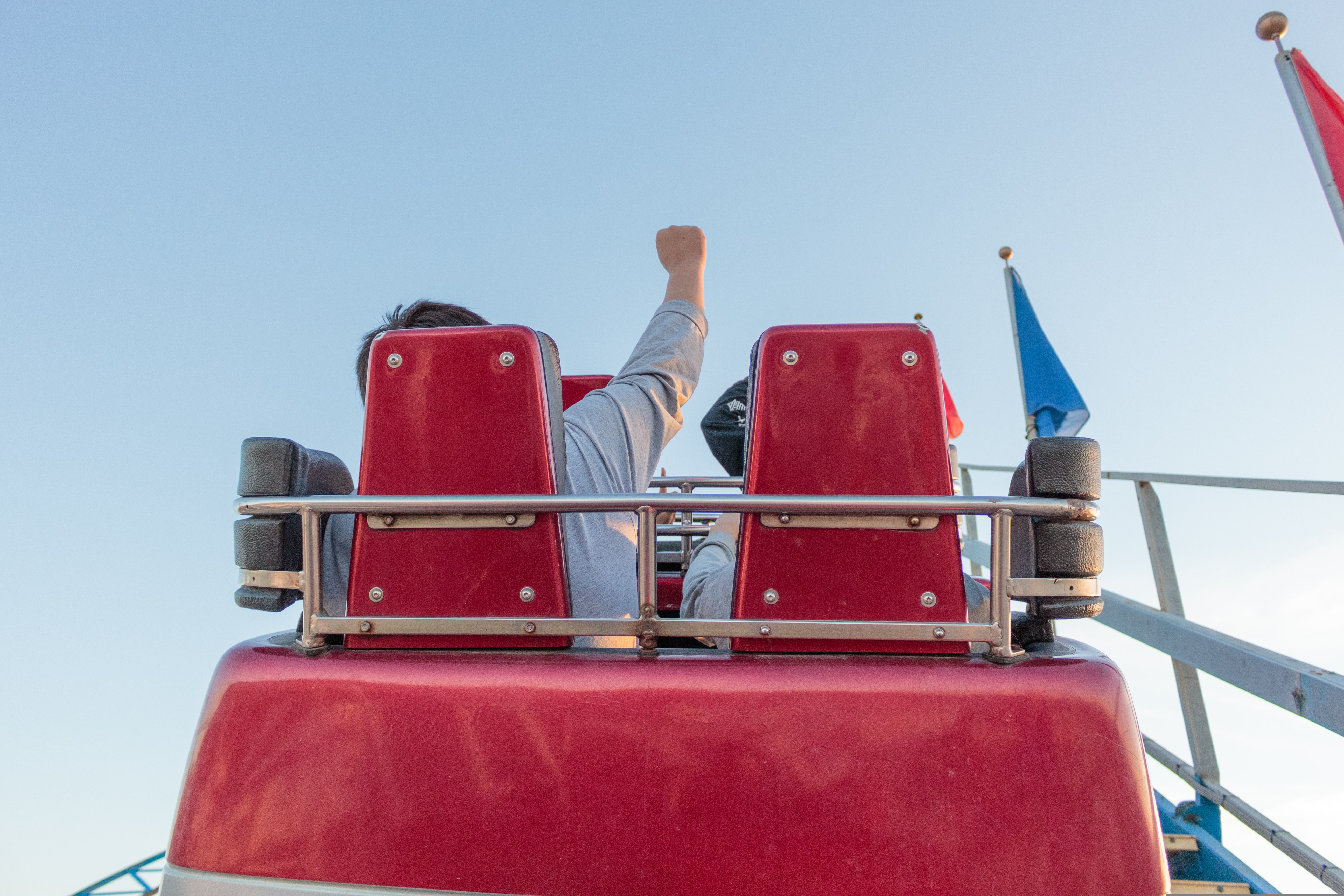 With Covid related restrictions in well-vaccinated developed market countries being eased and life returning to normal, the global economy will experience peak growth in the months ahead. During this period, households will deploy their excess savings (built up through a combination of fiscal stimulus and an inability to spend in a locked down environment) and enjoy long awaited freedoms. This period of peak growth is driving strong inflation and consensus expectations for higher interest rates. We have written about these topics in previous Insights and how they aligned with our portfolio positioning over the last six months (exposure to value managers, underweight bonds, overweight growth assets).

The key question is what happens to growth after this burst of activity. Six months have passed since our last market outlook  and while there have not been material changes in our view, the passage of time necessitates a refresh. In this Insight, we outline our updated medium-term market outlook. We make the case that growth could return to “normal” more quickly than many expect, driven by:

Economic growth across Asia is slowing, driven by policy tightening in China, renewed Covid-19 restrictions, and supply chain issues, which are hindering industrial production. The extent of this can be seen in our Asian Growth Barometer (below). So far, the slowing has been broadly of the same magnitude as that seen during the 2015 China currency devaluation shock or the 2018 trade wars (though less protracted so far).

The extent to which this growth slowdown continues or intensifies will be largely dependent on how much policy makers in China want to revert to their long held, but inconsistently targeted, deleveraging policy. Vaccination rates across Asia are catching up to the US and UK and supply chain disruptions are, by their nature, temporary. As a result, these factors should stop weighing on growth over the next year. However, the Chinese Government’s desire to deleverage its economy and improve the quality of its economic growth is enduring.

The credit impulse in China has been slowing since the middle of 2020, a subject we touched on in our December 2020  Market Insight. This slowdown reflects a combination of targeted policy actions (cracking down on local government debt issuance and housing market speculation), allowing state owned enterprises to default on their bonds (increasing the economy wide cost of credit), and the withdrawal of fiscal stimulus. In a bid to offset the negative impact to the rest of the economy from these actions, benchmark lending rates have been held constant. After fears of a “hard landing” in 2015, the Chinese government has become more nuanced in their efforts to deleverage the riskier sectors of the economy. That said, their previous efforts to reduce leverage (following the financial crisis and in 2017/2018) have only paused the march higher for brief periods.

The reason it matters for markets is the Chinese debt cycle is closely related to the global industrial production and profit cycles. When China’s credit impulse turned negative in 2012, 2016 and 2018, global forward earnings growth also turned negative.  As in these periods, we believe China will soon stop positively contributing to the improvement in global economic growth and may even become a drag.

The Consumer Will Fade

After many months of lockdowns and restrictions, consumers around the world are ready to spend, driving what should be a rapid acceleration in growth. Most expect this boost to spending to be supported by the excess household savings built up from 2020, when stimulus was deployed but many had nowhere to spend it. The chart below certainly suggests this is the case. Household savings rates in the US (and in most developed market economies) are well above long-run averages, boosted by the various stimulus packages. While this is technically true, it does not really mean much beyond the next few quarters of recovery.

Aside from a fall in wages due to higher unemployment, the largest swing factor in personal income in the USA (and elsewhere) has been transfer payments from the Government. We show these payments in the chart below. The sharp spikes higher represent the delivery of stimulus cheques and unemployment benefits in the USA. Assuming no more stimulus cheques and a fall in the unemployment rate back towards normal levels, we can see the overall trend in government transfers returns to normal towards the end of this year.

Mechanically, this reduction in transfers will reduce overall personal income. While this will be partly offset by increased total wages compensation (as the pool of employed workers rises), the overall impact will be a fall in the savings rate. With spending growth of around 5% per annum (around the rate seen prior to the Covid Crisis), the savings rate should fall to normal by as early as next year. This essentially means that consumers have less untapped spending powder to deploy back into the economy than many expect. This is supported by household balance sheet data, which does not show an excess in the stock of net assets held by households.

Another factor which will drag on consumer spending is higher prices. This has two elements. Economic activity is measured in real terms, meaning growth is measured abstracting from the impact of inflation. If a consumer spends a higher amount on the same item that does not support economic growth. As we have written about previously, consumer prices are currently rising quite sharply, driven in large part by supply chain disruptions and shortages due to re-opening economies. Higher prices reduce the amount consumers can spend in real terms on goods and services.

Higher prices also have a psychological impact on spending. Surveys of consumer sentiment show that consumers are avoiding large ticket spending purchases because of rising prices (see chart below).

The final reason why we do not expect consumers to be the driver of medium term above trend growth is a natural tendency towards normalisation in economic behaviour. By this we mean, while the period immediately following the relaxation of restrictions will feature lots of holidays, restaurants and cinemas, that increase will not be permanent. A year after re-entering a more “normal” world, people will probably eat at restaurants as frequently as they did the year before restrictions were enacted.

The expected contribution to economic growth from loose monetary and fiscal policy has fallen. At their June Committee meeting, the US Federal Reserve (Fed) signalled a more hawkish stance with respect to monetary policy. The Fed announced they expect to increase interest rates twice in 2023 (up from zero at their March meeting) and they spoke about tapering asset purchases. Recent Fed communication has also been downplaying the risk from Covid and sounding increasingly positive on the growth outlook. As a result, shorter dated interest rates rose following the meeting, and market pricing of long-term inflation and long dated bond yields fell, signalling that the market believes the Fed will eventually begin to weigh on economic growth.

The outlook for fiscal policy is also not as supportive as it previously was. The scale of the recently announced infrastructure stimulus package has been scaled back as Republicans have argued for more fiscal conservatism. Agreement has yet to be reached, but the overall package is unlikely to be as large as originally envisaged.

More importantly, the Democrats are potentially running out of time to deploy much more stimulus. They currently have an effective nine seat majority in the House of Representatives and equal representation in the Senate (VP Kamala Harris casts tie breaking votes). Around one-third of the US Senate and the entire House will be up for re-election in the November 2022 mid-terms. Normally, mid-term elections are tough on the President’s party. Biden could lose control of the Senate, the House of Representatives, or both. If this occurs, growth prospects in the US will take a sharp turn lower.

The key areas of uncertainty around the above outlook are around government spending and business investment. Government spending is relatively self-explanatory – perhaps in the lead up to the mid-term elections President Biden lets loose the fiscal cannons to improve his party’s approval rating. This would clearly reinvigorate growth.

Surveys of business investment intentions have risen sharply over the past year, though not to levels which would indicate stronger than average spending. However, supply chain and manufacturing disruptions could change this. These disruptions have driven higher commodity and goods prices. If these are sustained, that will encourage businesses to increase spending on manufacturing capacity, driving a virtuous business investment cycle which could lead to a period of above average economic growth.

Equity markets generally do not like slowing economic growth. Markets also tend to be forward looking, so a slowing in growth over the next six to twelve months should be beginning to be priced now if the consensus moves in that direction. We think good precedents for the expected forward environment are 2015 and 2018. Both were characterised by slower growth, expectations of rising interest rates and largely sideways equity markets with higher-than-normal volatility. In line with this, we have moderately reduced the equity exposure in the portfolios. If we are correct and market volatility is high, we will be more active than normal in buying on dips and reducing after periods of good performance.

Even in a slowing growth environment, interest rates are probably too low, particularly with central banks moving to a less stimulatory stance. This leads to a continued preference for cash over bonds. We think inflationary pressure remains, at least over the next year. Within equities, this, along with higher interest rates, suggest growth stocks may face continued pressure. However, and as we noted in our November 2020 Outlook, if growth moderates to a lower level, leadership could switch back towards growth stocks once interest rates have normalised and inflation stabilises.