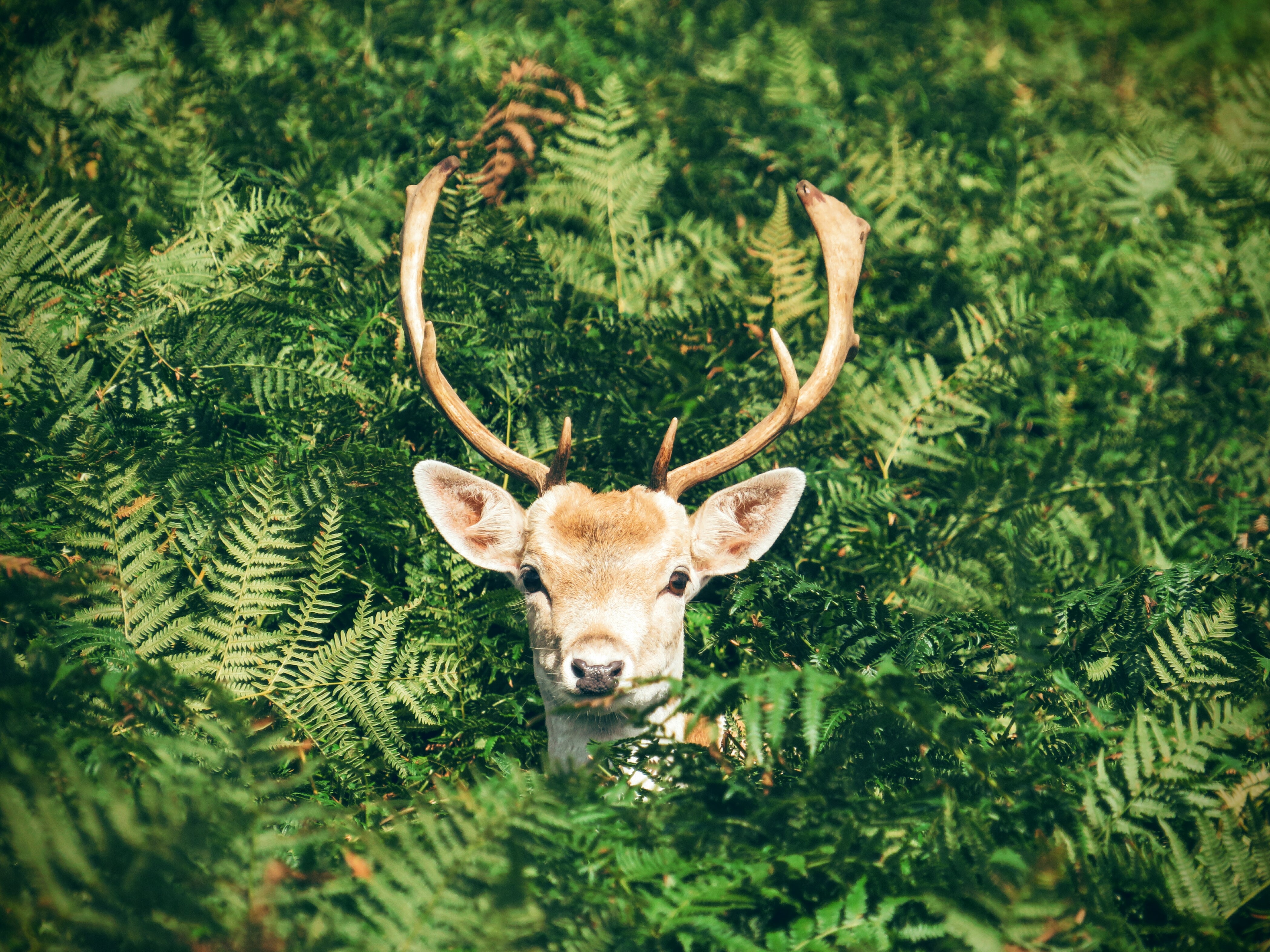 A Little Stag And A Little Flation

In this month’s Insight, we tackle the great stagflation debate (economic stagnation + high inflation). There is no question that inflation has proved less transitory than market expectations earlier in the year. Alongside this, the post-lockdown period of above trend economic growth has settled down into something closer to the long run average more quickly than anticipated while China casts a dark cloud over the global growth outlook. Is it Stagflation? Not by historical standards. Technically, stagflation is best characterised by the US recessions in the mid-1970s and early 1980s, during which inflation was stubbornly above 10% p.a. While inflation in many countries (including the USA) is currently quite high by recent standards[1], there is no recession, so therefore no stagflation.

Transitory Was Probably the Wrong Word

It was perhaps foolish of everyone to expect supply chains would right themselves and all would be well after only a few months. Consumers in many countries were locked up for months on end, shifting spending from services to goods. At the same time, lockdowns saw manufacturing activity in many countries (especially China) periodically disrupted or shut down. Now that lockdowns are over, it will take time for the system to right itself. In addition to supply chain disruptions, energy prices around the world spiked in the third quarter. Though there has been some normalisation in coal and gas prices, higher energy prices forced manufacturing shutdowns in China in the quarter which will add to supply chain woes.

Ongoing broad based supply constraints are backed up by business surveys. Below, we show the movement in the sub-indices related to supply chains in the US. Like our Growth Barometer, this analysis shows the underlying trend across each of the categories. This analysis shows that input and output price pressure is extremely elevated. Estimates of employee compensation have also risen to multi-decade highs, which supports anecdotal evidence of wage rises through the US economy. Importantly however, the best forward-looking relationship between these components and core CPI is in the capacity and inventories categories – both of which have fallen. This suggests supply chain related inflationary pressures have yet to broaden beyond their direct impacts.

As long as supply chain issues persist, the most likely future inflation outcome is periodic spikes in volatile sub-components. Of course, as supply chain issues normalise, the prices of these items could revert to normal, partially reversing some of the previous increases. Thus, rather than monthly US core CPI trundling along at 0.2% per month plus or minus a little bit like we saw between 2012 and 2019, the year or two ahead could look a lot more like the last 18 months, with volatile swings up and down. Importantly, even if this doesn’t lead to much higher CPI on average, it could drive bond yields higher. Bond pricing is highly sensitive to an implied inflation risk premium. If that risk premium is elevated, investors should demand a higher yield to invest in bonds.

Outside of these volatile items overall pressure on inflation will probably remain relatively steady. Housing costs will continue to contribute, though rising interest rates will take some of the heat out of this component. As economic growth slows in the quarters ahead, demand side inflation pressure should also moderate (inflation tends to lag economic growth).

So, What About the Stag?

In the middle of this year, we wrote about prospects for growth after the peak of reopening[2]. We flagged risks around China’s growth slowing and consumer savings not providing the buffer for prolonged spending many had forecast. Since then, growth has slowed more sharply than we anticipated, largely led by China. Much of China’s slowing reflects specific factors such as Covid lockdowns, flooding and energy shortages. However, the property sector continues to weaken and is a more structural problem. Given a desire to keep leverage under control, the Government has been reticent to engage in broad based stimulus, which looks increasingly necessary to put a floor under growth. It seems as though the Government is willing to let the economy slow much more than normal in an attempt to resolve some the excess in the housing market.

Elsewhere, the picture isn’t particularly rosy either. Economic data has disappointed in all major economies recently as shown in the chart below. Rising consumer prices act as a tax on households and will weigh on real household consumption. Interest rates have also risen, which will drag on growth through 2022. We expect the above factors will drive a short period of below trend economic growth by early next year absent a reversal in the path of policy.

What Will Central Banks Do?

Slowing growth and high inflation present a toxic conundrum for central banks. Market pricing for cash rate hikes across the major economies has moved aggressively higher. The Fed is priced to move 0.50% by December next year and is expected to announce the end of quantitative easing at the November meeting. Cash rate pricing elsewhere for the same period is also reasonably aggressive at 1.0% higher in the UK, 0.40% in Japan and 0.60% in Australia. Many emerging market central banks have already begun their hiking cycles, as has the Reserve Bank of New Zealand.

If inflation is more volatile than structurally high and the underlying trend is stable alongside slowing growth, central banks will re-focus on the economic growth aspect of their mandates. That suggests that market pricing of cash rate hikes is probably a little too sharp in our opinion. In addition, despite the recent spike in inflation, most central banks have structurally failed to meet their inflation objectives on the downside over the past decade (see below chart), and thus are probably not in too much of a rush to hike.

It is informative to consider a prediction of volatile inflation and slowing growth amongst the suite of scenarios we outlined as part of this year’s Strategic Asset Allocation Review. While this environment was not forecast in isolation, it resembles a combination of the Stagflation and Volatility scenarios. Unfortunately, these two were our most pessimistic.

The chart below shows a proxy indicator of the inflation/growth trade-off and the performance of the S&P500 since the mid-1990s. When the blue line is falling, it means inflation is rising and/or growth is slowing. In the last three decades, this has aligned quite well with the equity market cycle. Currently, the trade-off is quite poor, though it is important to note that the current trade-off is more a reflection of high inflation than low growth and to the extent transitory elements of the CPI fall out of the equation and growth remains steady, this trade-off will improve[3].

As slowing growth and volatile or rising inflation is not a good combination for equities or bonds, our portfolios are currently underweight both. We also have no direct emerging market exposure to hedge against risks in the Chinese property sector.

That said, we do not expect this environment to be enduring, nor do we think a bear market is the most likely outcome (though a downward spiral in Chinese growth is a clear risk so we are prepared for that possibility). Reasonable market parallels would be 2011, 2015 and 2018. Each of these periods followed significant bull markets, and saw equities generally trend sideways with volatility as markets digested their respective macro problems. Like in those periods, the optimal tactical strategy will be one which is highly responsive to fiscal and central bank policy shifts. Our current macro problems would be alleviated by economic stimulus and policy easing in China, an improvement in supply chain disruptions and confirmation that central banks will look through supply chain driven higher inflation prints even if they last into next year (and thus not hike rates aggressively).

[1]There isn’t really much point comparing inflation now to inflation in the 1970s and 1980s. Credible central banks, less direct exposure to commodities in CPI baskets, declining union power, product market liberalisation and a globalised economy all mean inflation is extremely unlikely to move to these levels absent a regime change to outright money printing across developed markets.

[3]The market evidently believes in the transitory narrative given the gap between this indicator and equity market performance is extremely wide. Market pricing of inflation via TIPS and inflation swaps is high by post Financial Crisis standards but is not projecting CPI to average much above central bank targets over the next ten years.